Similar as in the work Study On Proxemics the performance deals with my testing of the borders of my own comfort zone. The fear of rejection and the search for certainty in a hug. It developed in context of a performance workshop with Roi Vaara. Whilst there were other performances going on all around the room, I tried to hug as many people as possible from the audience. Without words and the other person was meant to end it as they wished. Thereby I primarily chose individuals who made a very authoritative impression and who’s appreciation seemed especially valuable to me. 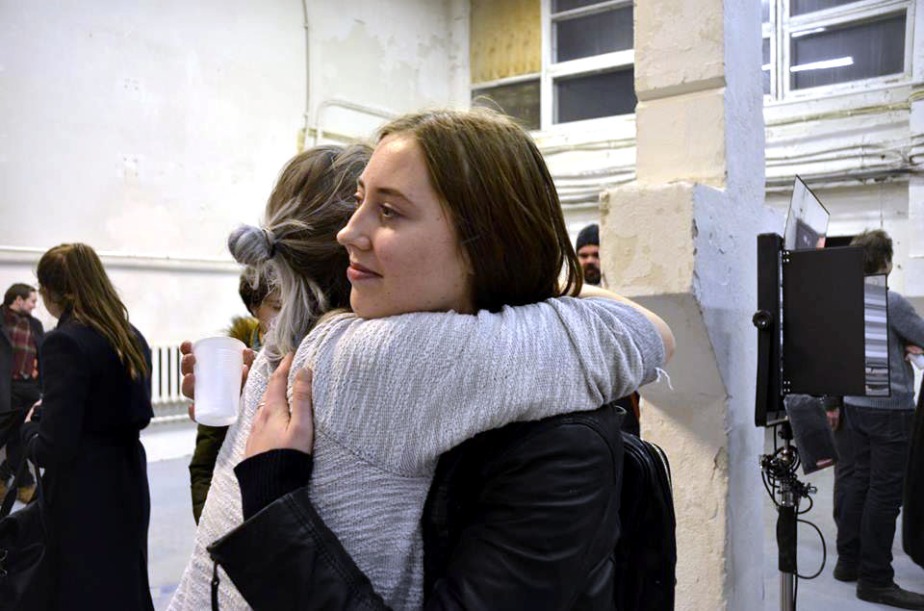